Jessie comes from humble beginnings. Raised in Tampa, Florida by a single mother of three, life was never easy. At a young age Jessie was confronted with vice and crime that could have led him astray.

Many of his childhood neighbors found themselves in prison or the grave before the age of 25. Jessie on the other hand made a decision to trek a different path. He fell in love with sports and made it his goal to excel and find a way out of the trap. Not knowing his father, he gravitated to strong men in the community. He sought guidance and instruction for life. His choices paid off.

Jessie graduated High School and enrolled into the University of South Florida to remain close to home. He joined the football team and continued pursuing his dream.

While in college Jessie faced trials and tribulations in all areas of life. He was temped and tested but a way was made for him. Jessie served in the United States Armed Forces and vowed his life to service from that point on.
Jessie married his college sweetheart whom he’s known since High School. Sekinat McNeil is his backbone and together they have 3 children. Jessie is committed to a life of purpose. With his wife they run several businesses from a pharmacy to health care agencies. They are currently expanding their businessess and building a legacy to pass on to their chidren.
Outside of that, Jessie is taking his message around the world to inspire others to dream bigger and to live a full life. As a youth pastor, author, speaker, and life coach, Jessie is changing the world one life at a time.
Everything I do is on purpose. I must live a life that not only God but my
family can be proud of.  There is no room for error, say Jessie.
You can find Jessie inspiring the youth and adults arond the world. Stay tuned for what’s to come because this is just the beginning. 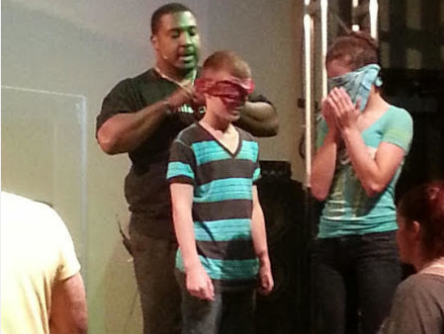